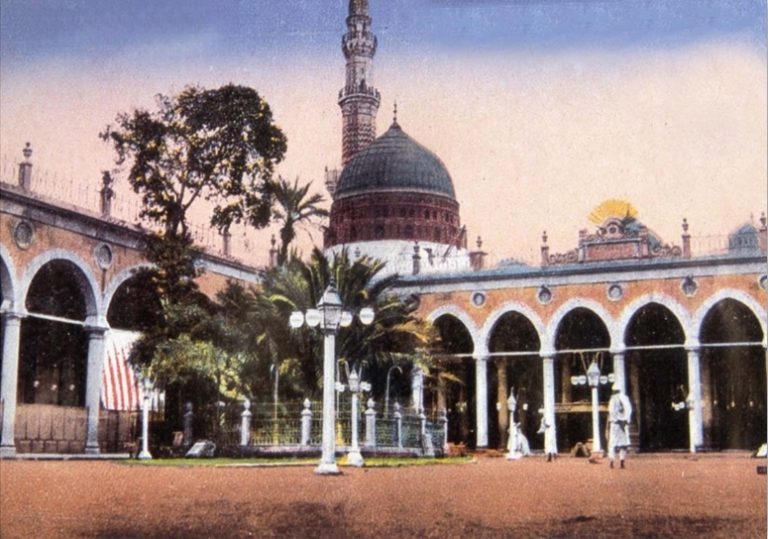 “We have sent among you an apostle (Muḥammad ﷺ) from among yourselves, rehearsing to you our signs and instructing you in scripture and wisdom and in new knowledge.”

The perspective of Ḥikmah is reflected in the institution of Nubuwwa ending with the Final Nabī Muḥammad ﷺ.  The principle of Tawhīd permeates deep into the structures of the cosmos and human self.

In the words of one of the contemporary scholars, Seyyed Hossein Nasr, Ṭibb-un-Nabawī – Prophetic Medicine is:

“A compilation and systematization of an aspect of the legacy of the Prophet ﷺ in the domain of diet, health and illness complementing the legal, intellectual and spiritual dimensions of the legacy he left to the Islamic community through his Sunna or wonts and traditions … The Prophet ﷺ has sanctified certain actions and objects through his own acts and dicta and by virtue of being a prophet has bestowed upon such acts and objects a permanent value, significance and power within the Islamic universe.”“It is in the light of the prophetic function in Islam that the ‘medicine of the Prophet’ must be understood, not through an external historicism based upon the assumption of the irrelevance of revelation and its effect upon the world which receives it.  A particular instruction of the Prophet ﷺ concerning a dietary practice or the use of a particular substance in times of illness must be understood in the light of who the Prophet ﷺ is for Muslims and what efficacy his teachings have had and continue to have precisely by virtue of their being his teachings. No amount of ‘scientific’ detraction from such kind of medical instruction can diminish its significance or for that matter efficacy for those who live in the world of faith (al-Īmān) and who see the Prophet ﷺ as the Perfect Man through whom God revealed His final revelation to the world. The ‘medicine of the Prophet’ is in a sense part and parcel of the Prophetic Sunna with all that this participation implies.”

Abu Hurairah reported the Prophet ﷺ said: “A strong believer is better and more beloved to Allah than a weak one, and there is khair in both”. (Muslim)

Throughout Islamic history, scholars and practitioners of faith and health have integrated Prophetic medicine into their own lives and followed the guidance left by the Prophet ﷺ.

As an example, Imām Ghazālī said the following:

“Illness prevents one from worshipping; it distracts the heart and stands in the way of remembrance and reflection.  It spoils one’s life, and obliges one to submit to bloodletting and cupping, and to drinking medicines and seeing physicians, all of which requires money.”

This website uses cookies to improve your experience while you navigate through the website. Out of these cookies, the cookies that are categorized as necessary are stored on your browser as they are essential for the working of basic functionalities of the website. We also use third-party cookies that help us analyze and understand how you use this website. These cookies will be stored in your browser only with your consent. You also have the option to opt-out of these cookies. But opting out of some of these cookies may have an effect on your browsing experience.
Necessary Always Enabled
Necessary cookies are absolutely essential for the website to function properly. This category only includes cookies that ensures basic functionalities and security features of the website. These cookies do not store any personal information.
Non-necessary
Any cookies that may not be particularly necessary for the website to function and is used specifically to collect user personal data via analytics, ads, other embedded contents are termed as non-necessary cookies. It is mandatory to procure user consent prior to running these cookies on your website.
SAVE & ACCEPT