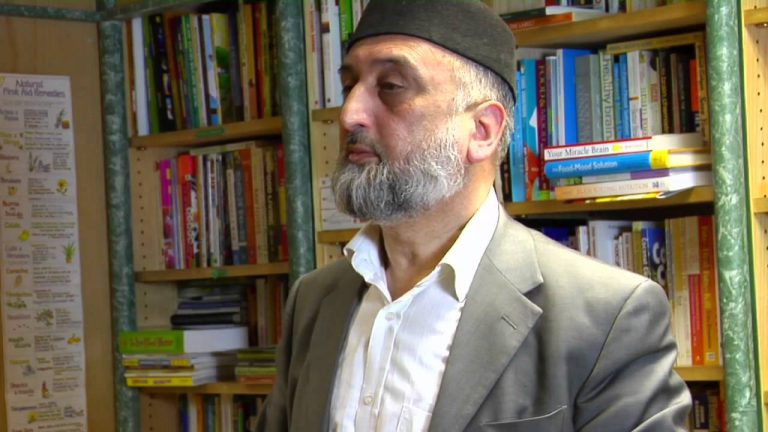 Salim Khan – M.D. (M.A.) M.H. F.G.N.I. D.O. – is a well-known and respected authority in the Tibb herbal medicine tradition as well as within the Complementary & Alternative Medicine (CAM) community. His unique contribution and works are widely acknowledged in the UK and abroad.

He is also the founding director of ‘Mohsin Wellbeing Centre’ and principal of the ‘College of Medicine and Healing Arts’. During his 40-year career, he has helped thousands of patients and trained hundreds of students.

Aside from seeing patients, Salim Khan lectures and trains students all over the world including the UK, USA and New Zealand.

He currently serves as President of three professional bodies:

Salim Khan is also a qualified iridologist. He serves as the current President of the Guild of Naturopathic Iridologists (Int.). He was initially introduced to iridology by David Chapman in 1978. Salim then went on to study iridology and herbal medicine with Farida Sharan in Cambridge, England. He received a Diploma in Iridology and a Master Herbalist Diploma from the ‘School of Iridology and Holistic Healing’ in Cambridge in September 1996. Later he served as a clinical tutor in the same school.

Salim Khan received a certificate of merit from Dr. Bernard Jensen, father of American Iridology, in May 1982.

At the Annual International Symposium of Iridology, London, November 1998, he founded the school of Iris Synthesis, which brings together oriental traditions and specifically Unani Tibb medicine as well as iridology, as a holistic and energetic paradigm.

Salim Khan trained in herbal medicine and osteopathy with the General Council and Register of Consultant Medical Herbalists (now IRCH). He also studied iridology and nutrition with Dr. B.C. Jensen and Farida Sharan.

Salim Khan’s teachers and inspirations in Tibb herbal medicine include:

This website uses cookies to improve your experience while you navigate through the website. Out of these cookies, the cookies that are categorized as necessary are stored on your browser as they are essential for the working of basic functionalities of the website. We also use third-party cookies that help us analyze and understand how you use this website. These cookies will be stored in your browser only with your consent. You also have the option to opt-out of these cookies. But opting out of some of these cookies may have an effect on your browsing experience.
Necessary Always Enabled
Necessary cookies are absolutely essential for the website to function properly. This category only includes cookies that ensures basic functionalities and security features of the website. These cookies do not store any personal information.
Non-necessary
Any cookies that may not be particularly necessary for the website to function and is used specifically to collect user personal data via analytics, ads, other embedded contents are termed as non-necessary cookies. It is mandatory to procure user consent prior to running these cookies on your website.
SAVE & ACCEPT